We’ve Agreed We Won’t Use Lawyers

Although it’s easy to picture that all separations are a war zone, that is definitely not the case.

There are plenty of people that I am fortunate enough to work with, who are doing their best to walk their way through a respectful separation.  A separation that involves no swords, no blood on the floor, and contains the hope of being able to speak to each other in the future. Maybe even the glimmer of a friendship again one day.

Which, considering they once chose each other, with love and hope for a shared future, seems like it should at least be a possibility.

I often take phone calls and receive emails from people who aren’t sure what to do next. They’ll often say something like “we’ve agreed that we won’t use lawyers, but I’m not sure what to do”.

I think that lawyers have allowed themselves to almost become an industry of caricatures. 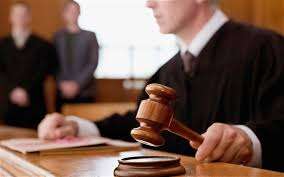 Of people who fight, who run to Court as often as they can, and generally find conflict between troubled people, and do what they can to make it worse.

To be honest, there are some lawyers who do that.

And plenty who do not.

I like to think that as a lawyer, I am a listener, a problem solver, a trouble shooter, a reality tester and a documenter of agreements.

Of course, I am also an advocate, I help people stand their ground when they cannot, and I go to Court when I need to.

So, when I have someone say to me  “we’ve agreed that we won’t use lawyers, but I’m not sure what to do”, I’ll usually talk to them about digging a bit deeper about what why they don’t want to use lawyers.

I’ll often hear about not wanting to waste money, about how they don’t want to “take each other to the cleaners” and just wanting to be fair.

I’m not interested in people wasting money. I would much rather they keep their hard earned money for themselves and their children.  I know that any hope of taking anyone to the cleaners will definitely involve a whole lot of unnecessary legal expenses and will rarely result in anything other than a “fair” outcome anyway!

I think that an absolute “no lawyers” divorce can be just as dangerous as going straight to Court.

Perhaps it is more important to spend some time finding the right lawyer for you.

Even people who have agreed on how they are going to divide their finances, will often end up needing help from a sensible settlement focused lawyer so that they get the protection of legally binding documents.

If you, or someone you care about is going through a separation, and the ex says “let’s agree we won’t go to the lawyers”.  Maybe it would be helpful to say “let’s find ourselves a lawyer who can help us stay out of Court”.